This is good stuff, spray several coates to each side. 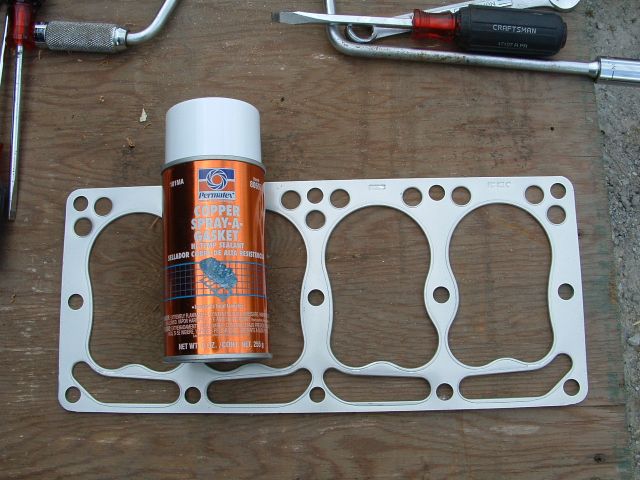 Make sure that you put the gasket the correct side up. 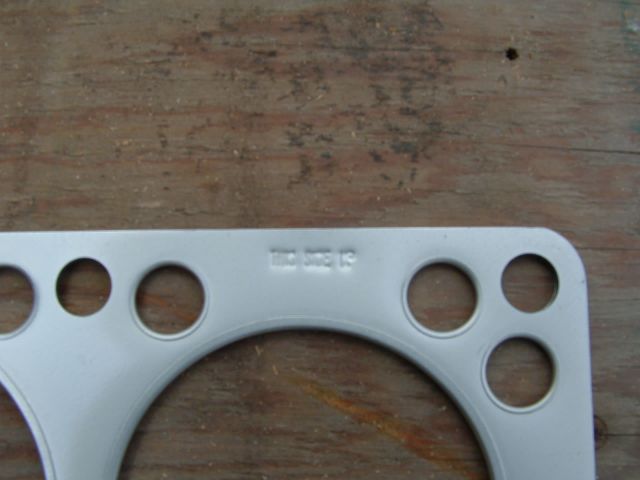 After several head change attempts I have realized that it is best to leave the air cleaner and waterneck in place and remove the head with it on.
This is also a good time to put a new gasket on the waterneck, clean out the air cleaner, and replace the upper radiator hose. 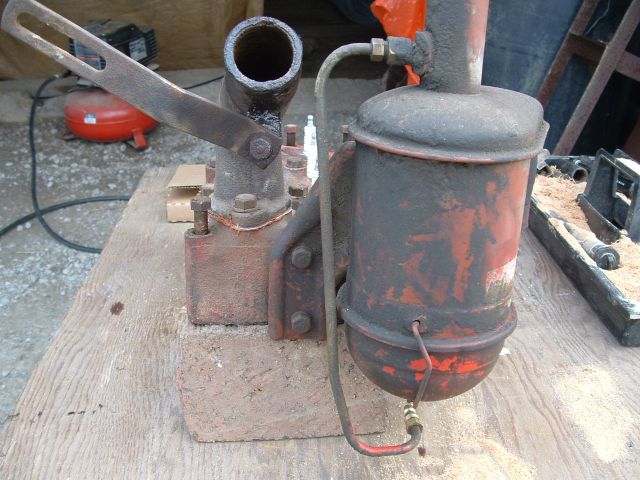 Whether you are swapping heads or not I would leave the bolts in the head after loosening, then you don't have to worry about having the wrong length bolts in the wrong holes.
I took each bolt out wire brushed and copper coated then put it back into its respective hole.

Make sure to clean up any old gasket and sealent from the head and the block.
Use a torque wrench to progressively come up to the 45#'s
Make sure to cross pattern while tightening so that the force is spread as evenly as possible.

On this job I replace the cracked head with another used head that had been magna-fluxed and 'decked' or milled.

So far so good.
Take your time, have good tools, light and help and it will not be a difficult job.