Tips and tricks on repairs to your Cub’s structure.
1 post • Page 1 of 1

The '57 Lo-Boy that I bought last fall came with a boat seat in poor condition when I bought it. Not a big fan of boat seats on tractors, I planned on replacing it at some point. The previous owner took a torch to the bar that supports the backrest to get it out of the way of the boat seat but left the frame for the cushion. He welded some rails into the frame to allow bolting the boat seat in place.

I purchased another set of seat cushions form http://www.tractorpartsasap.com and highly recommend them both for the quality of the cushions and the customer service. I ordered them on Monday and they arrived on Wednesday. The only problem I had was there was no place to mount the backrest cushion. I contemplated buying a different seat frame but after checking prices, I changed my mind. I decided to fabricate my own backrest support. I considered trying to replicate the original but that looked like to much work. Having the look or the original didn't concern me I was only concerned that it look decent. After giving it some thought I decided to fabricate 2 brackets from sheet metal and weld them to the seat frame.

The previous owner hacked the former bracket off and in one location blew a section of the seat frame away. I cut out the bad section and welded in a patch. 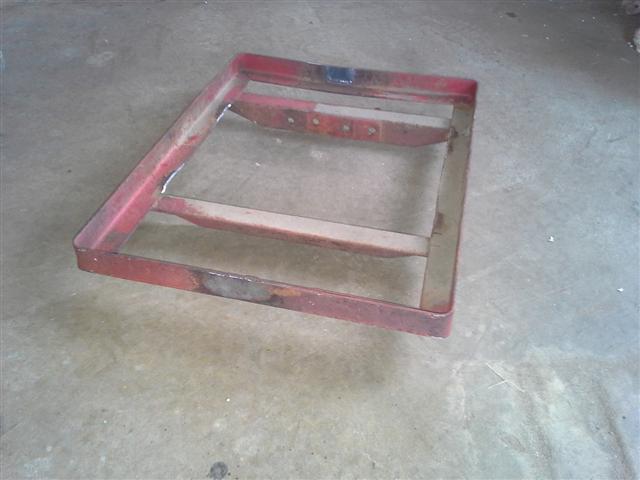 The bracket were formed from 14 gauge sheet steel. 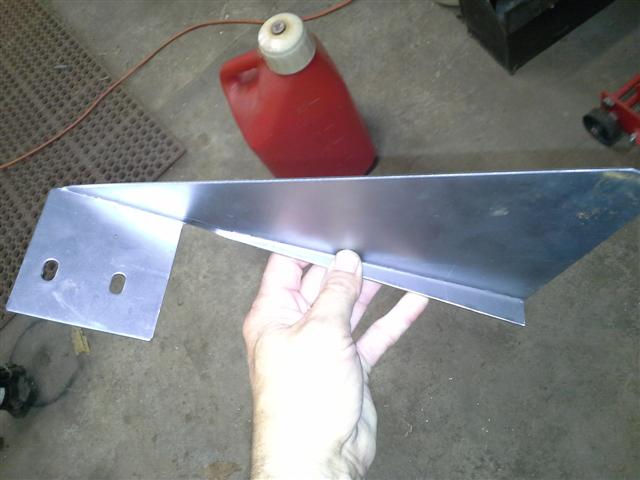 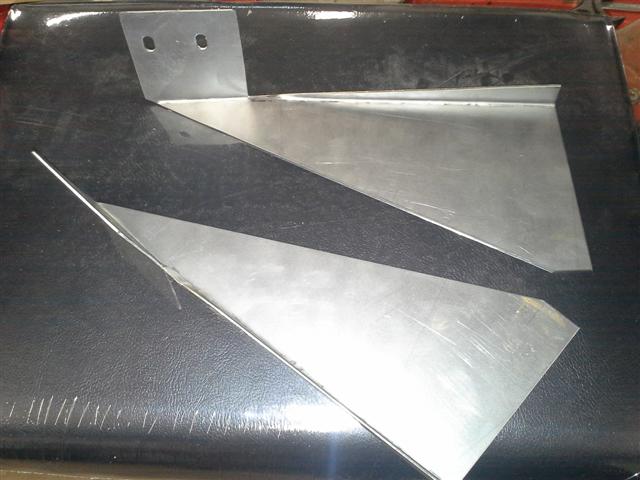 The brackets were welded to the seat frame shot with some IH red paint from a rattle can. 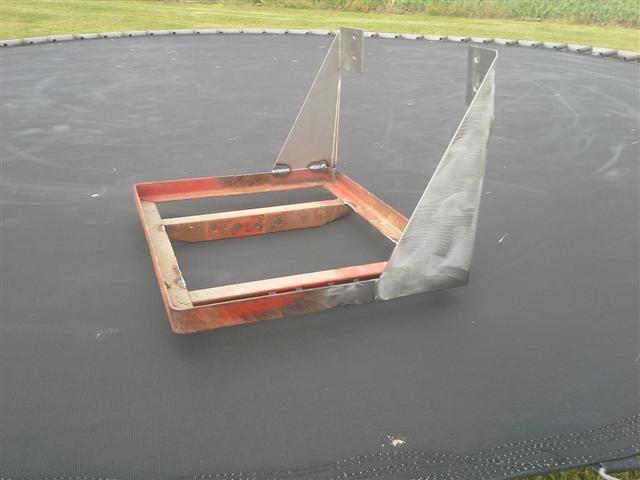 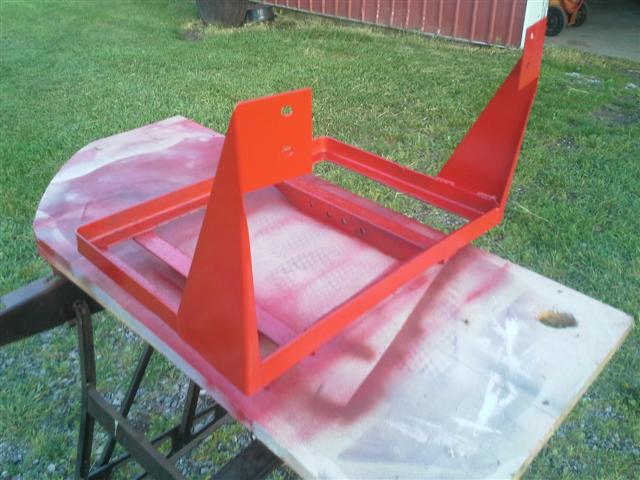 Then installed the new cushions. 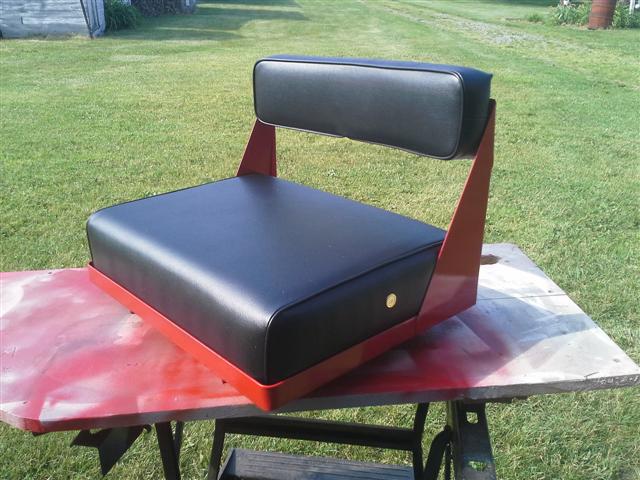 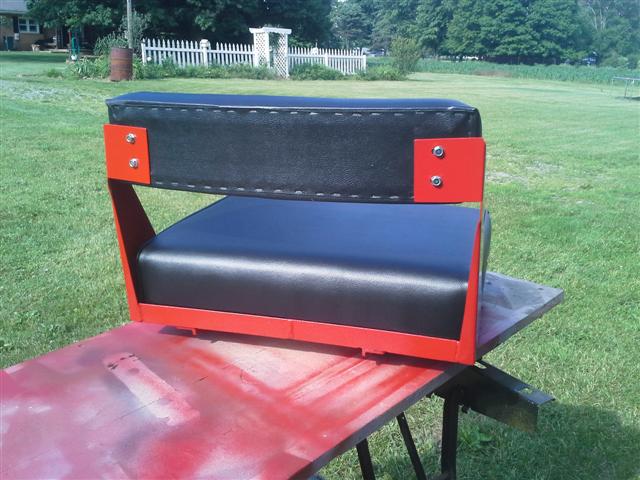 With the seat installed on the Lo-Boy, I'm willing to bet that 99.9% of the people out there would never know it wasn't original. But I'd never fool the Cub guys here. 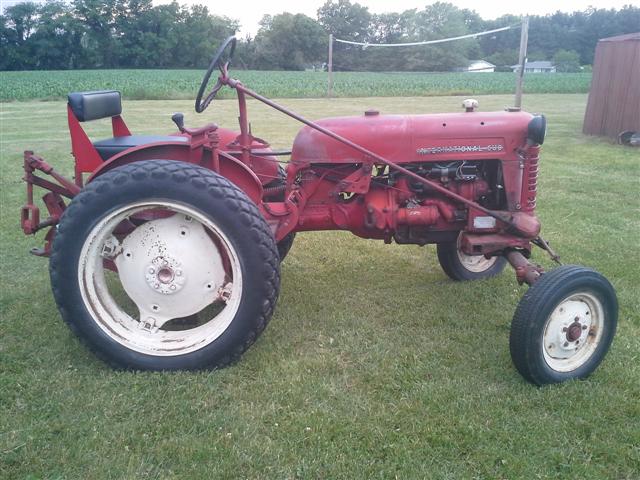 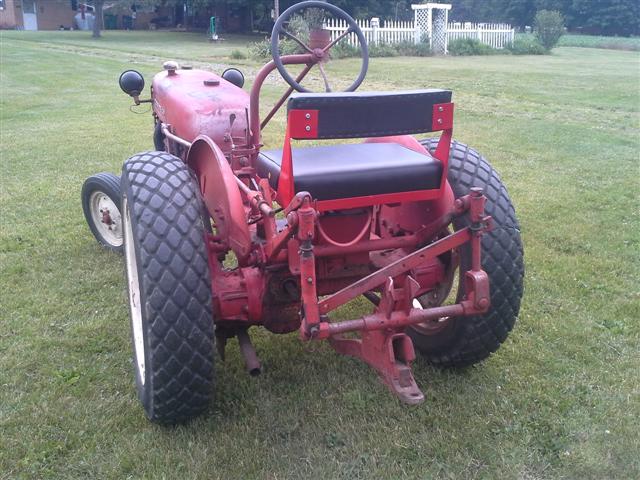