Tools and Reviews to help your fellow Cubber's.
Forum rules
Unwarranted FLAME reviews will be deleted without notice. Members are encouraged to exhaust all arbitration efforts with the companies before posting negative reviews here.

FarmallCub.Com and the moderators are not responsible for member reviews of businesses and attractions.

Send issues regarding reviews to Cub@farmallcub.com.
13 posts • Page 1 of 1

I am new to the forum and I hope this is an appropriate place to ask this question.
I have stumbled upon an old, round, brass feeler gauge that is stamped with the old IHC logo. It has two feeler gauges pinned on it, one labled breaker points and the other labled spark plug.
Out of curiosity, I measured the gauges with a caliper and the breaker point gauge is 0.013" and the spark plug is 0.020".
Does anyone know what this could have went to, or how old it is? I found this in a box of junk so I have no possible idea where this could have came from.
Top

Sounds like something from the 1930s, came with tractors then.
Top

Thanks for enlightening me. I suppose if it came from the thirties it would have came with something along the lines of an F-12. I was a little dissappointed that it wouldn't work for a Cub.
Top

I also went and checked. The spark plug gap was .025 on most early IH/McCormick Deering tractors. Didn't find any IH tractors with a .020 spark plug gap.
I have an excuse. CRS.
Top

Thats interesting. I only wish I had more history on this tool. Anyway, it is still an interesting keepsake that will certainly help me whenever I need to reset the points on my tractor.
Top

Does it have a part number?
Top

Guessing again. The gauge is for the IH Hit and Miss engines. The manual, above, page 9, states to set the plug gap at .020".
I have an excuse. CRS.
Top

Jim, it does not have a part number, only the old logo with the large C wrapped around the IH symbol. It doesn't even have measurements on the gauges either.
I have seen pictures on the internet of them for sale but it doesn't tell anything about it that isn't already obvious.
Top

It may have been a cheap tool for an IH truck. 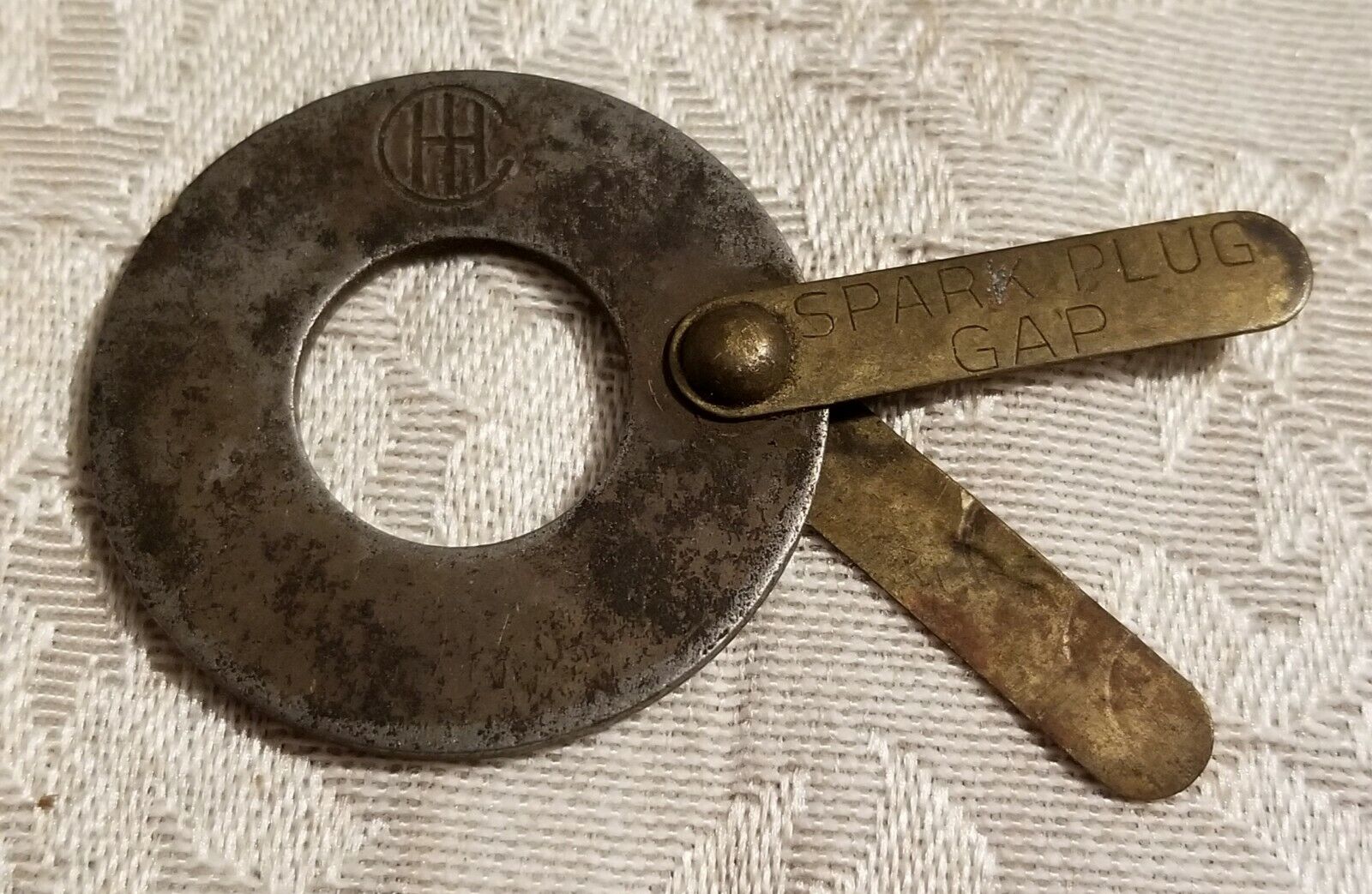 I think you are getting close. That page calls out 0.020 for the breaker points. A bit later, IH started using the IH H-1 mag on the single cylinder engines (I think at the change from LA to LB). I checked an LB manual (1941) and confirmed 0.020 spark plug gap and 0.013 ignition point gap. An illustration of setting the point gap shows a hand holding a gauge very similar to yours. A later edition of the LB manual (1947) has a different spark plug gap specified (0.028 to 0.032).

So it looks like your gauge COULD HAVE been supplied with the early LB engines until they changed the spark plug gap specification.
Top

Return to “Tool Talk and Reviews”