Have a safety tip you want to share? Did you or a friend learn it the hard way? Help someone else by posting your tips on tractor, farm, shop, lawn, garden, kitchen, etc., safety.
Forum rules
Safety is an important and often overlooked topic. Make safety a part of your everyday life and let others know how much you care by making their lives safer too. Let the next generation of tractor enthusiasts benefit from your experience, and maybe save a life or appendages.
3 posts • Page 1 of 1

Had a few thrilling moments this evening. While unloading my '57 Cub, the right ramp broke. I had replaced the ramps, just last year because the old ramps were getting marginal and I wanted to avoid possible breakage.

Both ramps were in fine shape except for a knot, which I blissfully chose to ignore.

The ramp broke right at the knot. 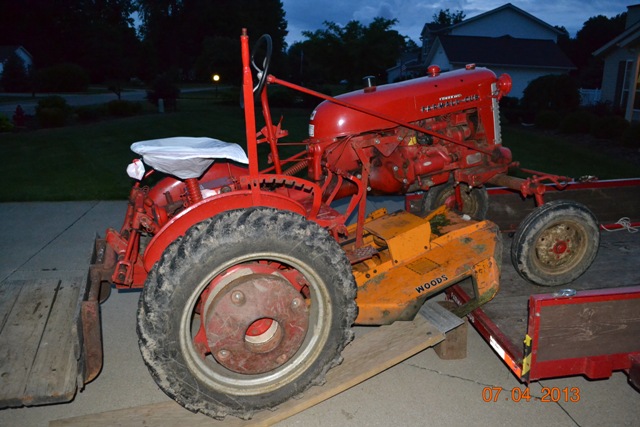 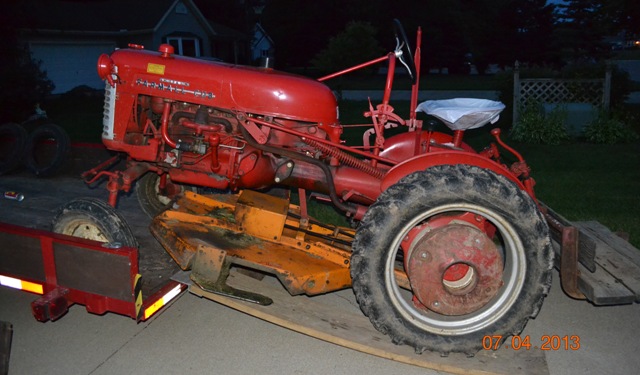 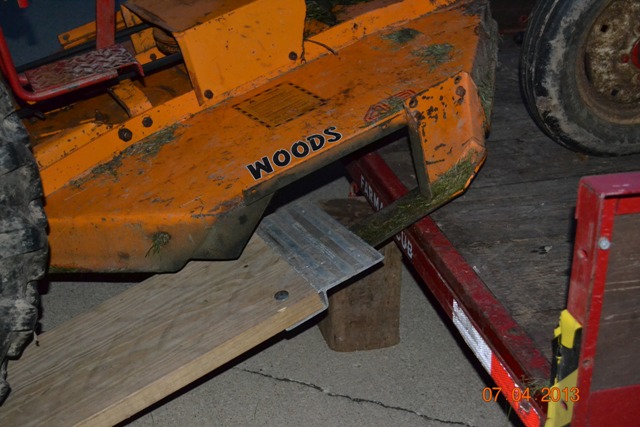 New ramps are in order and a means to fasten them to the trailer.

The rest of the unloading proved uneventful, after some creative maneuvering, if somewhat unorthodox.

You be careful there Bill!

I've got a couple sets of loading ramps. 1. A big set to put cubs up on flatbed truck, 2. A small set to get Cub Cadets up onto trailer or smaller truck. In both cases, there's a hole in the ramp and a corresponding hole in the truck or trailer body, such that a 3/8 bolt can assure that the ramp won't come off, especially important when unloading, since the tractor is pulling away from the truck, and something like a mower can hook onto the ramp and send it back and off.
REMEMBER: Keep it correct or you may face the

Steel ramps in the offing possibly