Materials List: I built the dolly entirely out of 2X4 I had laying around. All the joints are simple joints, no fancy carpentry required. Be sure to pre-drill the holes, especially for the lag bolts, as you donâ€™t want to blow out the sides of the material. If you have to go and purchase all the material, Iâ€™d guess youâ€™ll spend $20-$30. I had all the hardware lying around my wood shop including some casters, so it cost me nothing but my time.

After you have cut all the material to length, measure down 12â€ from the end of the long 2X4â€™s (the ones that are 76â€) and this is where the narrow brace that runs the width of the dolly will be fastened at a right angle. Make a simple butt joint and fasten each joint with 4 deck screws. 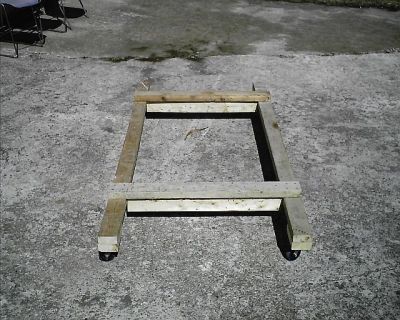 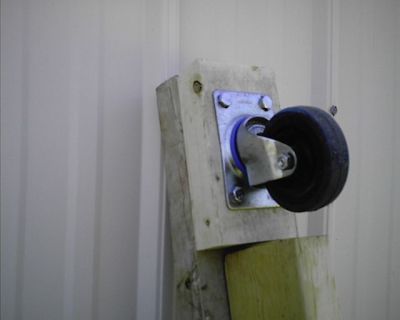 Flip over the structure, and you will attach the remaining sections of 2X4â€™s (31â€ and 64â€) in a â€œTâ€ fashion under the other pieces. These sections will â€œBEEFâ€ up the frame a little, although most of the weight is being carried right over the area where the casters are fastened. I use the dolly to also move a 6â€™ bush hog, and it supports the weight easily. 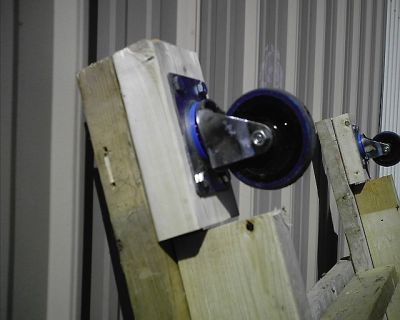 The dolly should pretty much look as follows when you are done. 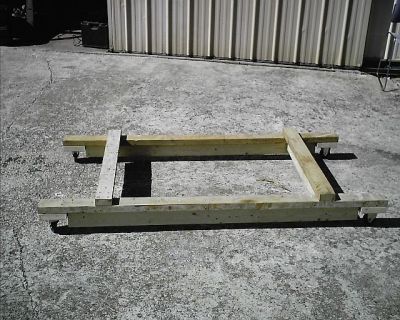 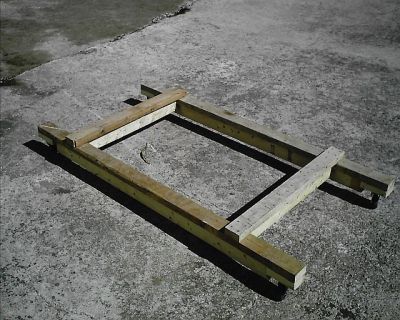 My mower deck is a Woods 59C-2, but the dimensions should be just fine for the 42â€ woods belly mower as well. The dimensions of the dolly may need to differ for some of the decks & tractors. The height works for mine as I use the upper hole in the rear hanger and the height of the dolly is perfect for me to line up the support rod when I am installing it. The height might be a problem when installing a deck on a LowBoy though, especially if you have a fast hitch? You might need to either go to smaller casters or change the width of the spacer blocks between the casters and the dolly frame.

I can install my deck normally in less than 30 minutes by myself. 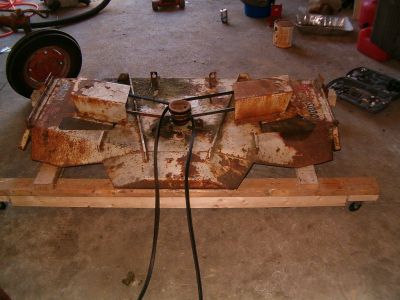 I place the dolly with the mixed casters going under the tractor first. I had swivel casters on all four corners, but found that itâ€™s easier to maneuver with the fixed casters going under the tractor, and all I have to do is guide the outer section of the dolly. I turn the front wheels of the tractor as far to the right as possible as this allows the most clearance. Note that both the middle support rod & the outer guide arms are removed. I partially install the center support once I get the deck maneuvered into place, the deck is approximately about 1/3 the way under the tractor at this point. I then loosely tighten the bolt finger tight. The support arm is roughly at a 30-45 degree angle at this point. 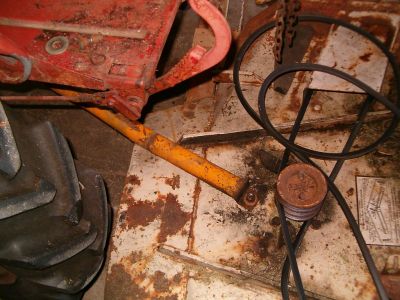 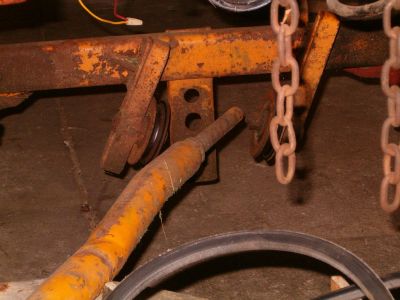 I then move around to the rear and simply line of the rod to go into the upper hole. NOTE: Be sure to get the belt around the center guide rod, you donâ€™t want to have to start all over again. 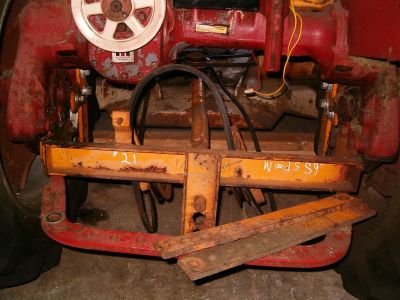 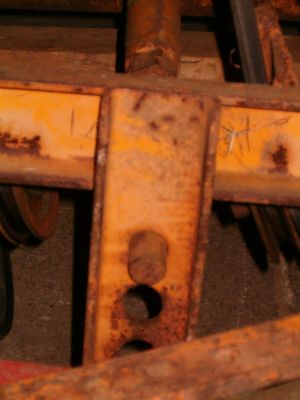 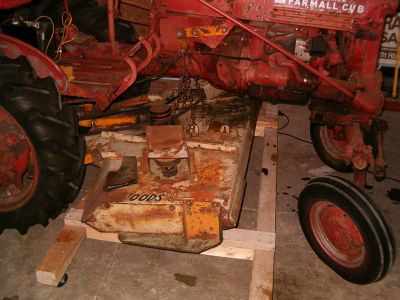 I then install the U-Bolt and tighten it and the bolt that secures the middle support bar. I then attach the two guide arms and get the belt in place. 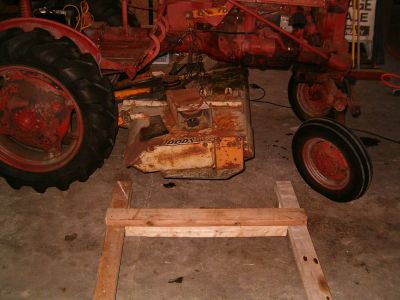 All thatâ€™s left now is to attach the lift chains, start up the tractor, lift up the deck and roll the dolly out.

Removing the deck is simply just reversing the process. Some may find that if they are cutting their grass a little lower than I do, you wonâ€™t be able to get the dolly out from under the deck. All you need to do is to block up the deck, lower your touch control enough to take up some slack in the chains, re-attach the chains and then lift up the deck.

I have â€œMarkedâ€ my chains for the set length that works for me by taking some nylon wire wrap material and attached them to the links to indicate my length that I normally use. That way I donâ€™t have to figure out how many links I need to count to get mine set to the right height.

Hope this helps some others out. Instead of building the dolly, you could go to Harbor Freight and purchase two of their cheap furniture moving dollies and do the same thing. I chose to build this dolly with one set of the wheels fixed and the other two as swivel casters, as I had to go back and forth to get the deck situated when all four of them swiveled.

The dolly may seem a little â€œOver Engineeredâ€ but I chose to build it a little heavier as I have a 6â€™ bush hog that I have also sit on the dolly so I can move it around the barn to store out of the way during the winter. It supports the weight of it just fine. The overall weight of the dolly is light enough that you can simply pick it up off the floor, and lean it up against a wall when you donâ€™t need it.

Who knows, you might need it some day to move a couch into your shop for mini cub fests!!!

Hope this helps put a few of you. Good Luck, Mike Duncan (AKA: Into Tractors)
Mike Duncan
Top
1 post • Page 1 of 1