Some have asked how I made the stands, so here you have it.

The pair of splitting stands that I have are ones that many people have purchased. After just a very few uses, I was less than satisfied with their functionality. Using the excellent How To http://farmallcub.com/phpBB2/viewtopic.php?f=11&t=37936 prepared by Gary Boutwell, I added a few things to meet my needs.

The materials used are as follows:
Flat stock steel – 3/8” X 4”
Channel iron – 3” wide
Pipe – ID to fit over the scaffold jack screw (not in the pic)
Caster – Used one I have had for years (finally found a use for them) 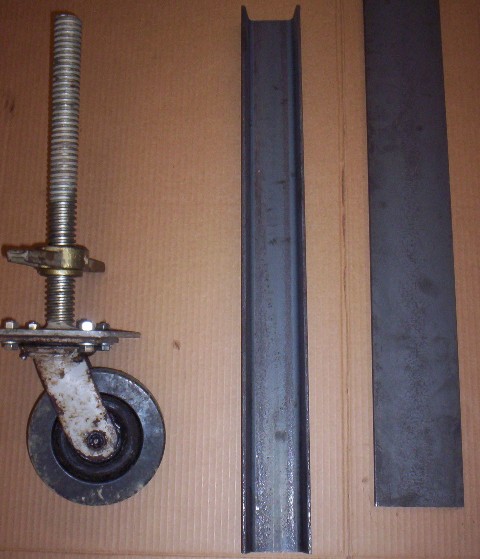 First was the laying out and drilling the pieces that fit on the implement mounting bosses. The holes are 5/8” on 4” centers. The angle is 30º from vertical. Since I would be cutting off some of the material, I chose to weld both pieces together to facilitate drilling. The drilled pieces look like this after being mounted to an implement boss and outlining the boss.

The welds were ground down and the pieces separated. An acetylene torch was used to ‘rough out’ the shape, a bench grinder was used to smooth it up somewhat. Final edge dressing was done with a bench-mounted belt sander. After the first bracket was finished and test fit, it was used as a template to mark the second bracket. 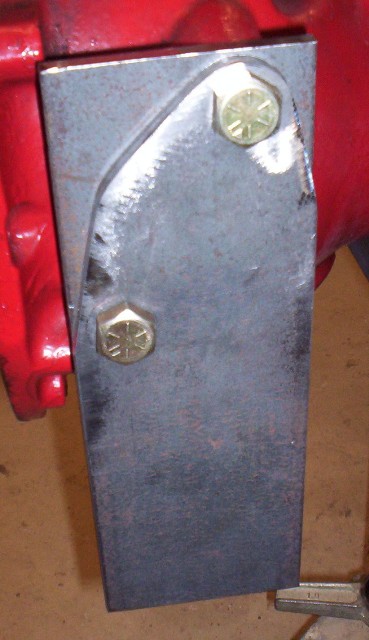 Once both brackets were finished, they were mounted to the implement bosses using a couple of thin washers under one of the brackets. The washers serve to provide clearance for the brackets. A measurement was taken from outside to outside of the brackets (on the torque tube and bellhousing brackets). I added ½” to that dimension. This will allow the brackets to sit on top of the channel iron used to tie both brackets together. I welded the pieces together in place since I felt it would minimize distortion due to the heating and cooling from the welds. 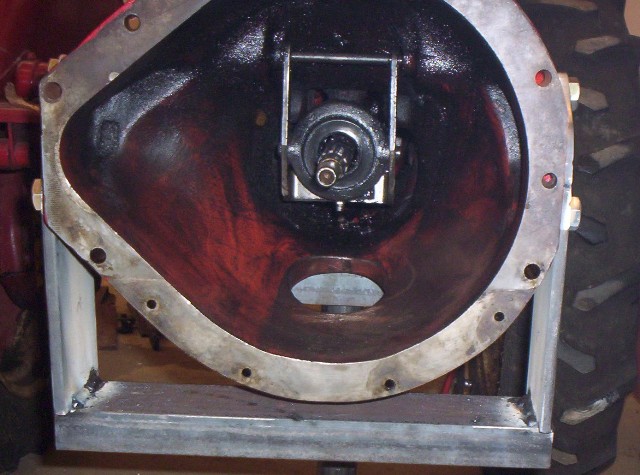 With the caster mounted to the scaffold jack base and the assembled bracket mounted to the Cub, I determined the length of pipe needed to allow vertical adjustment on the splitting stand. This dimension will vary depending on the casters you use. Once the dimension was determined, simply cut the pipe and weld to the center of the channel iron span. 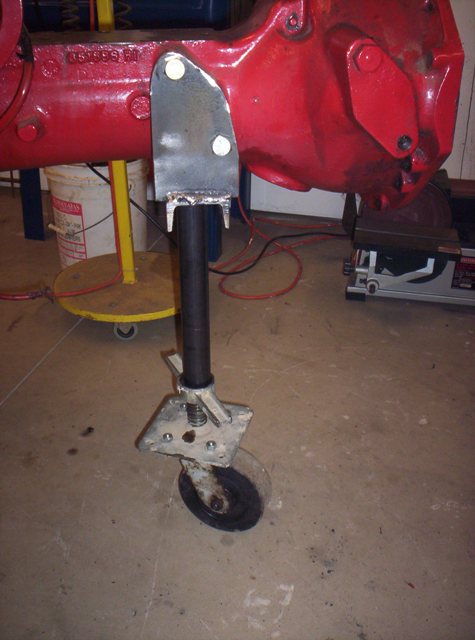 The longer I worked on these, the more convinced I was that I wanted to reinforce the pipe attachment to the channel iron. I used leftover channel iron to reinforce the attachment. Cut a hole with the acetylene torch, then simply slide the channel over the pipe and weld in place. This effectively boxes the attaching point and is stronger than the gussets I was thinking of doing. 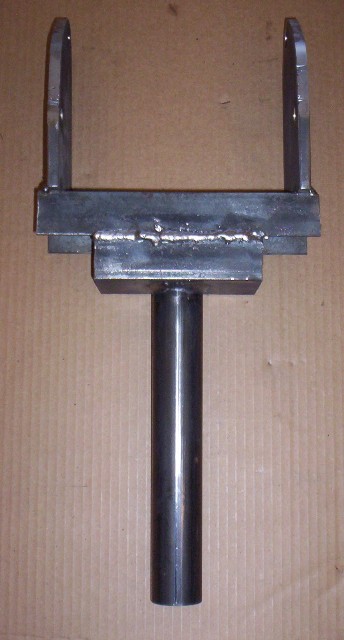 The bellhousing bracket was made because I’ve seen, what I believe to be excessive, movement when people are removing the front pulley to replace the front seal. This is my answer to that problem. At this point I’m not sure that I will mount a caster to this stand. I may just try it first before I make that decision.

The splitting stand for the front was made using a starter cover plate as a pattern (yes, I understand it is overkill but I wanted to see if I could do it) to lay out the material. The pipe is notched about 2” and the bracket is set in this notch and welded. 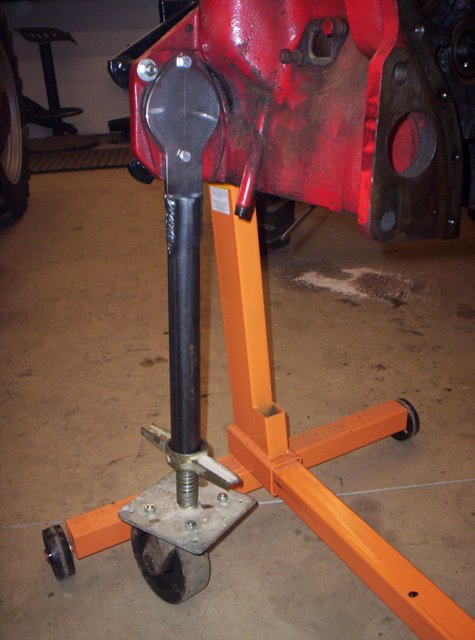 Each of these stands was constructed to fit an F-Cub with no thought of making them work on a Lo-Boy (I’ve got two and that is two too many). To make these work on a Lo-Boy the approximately 8” difference in height would need to be factored into the length of the stands.