Farmall Cub Tractor photo forum. All Cubs, all the time.
Forum rules
All photos must be your personal photos (no copyrighted material).

Preferred photo attachments are via direct upload in post, and/or the CubFest Photo Server.

Commercial Photo hosting services will work, however, if the image links become broken due to discontinued service or deletion of the images, the posting will be marked for removal.
8 posts • Page 1 of 1

Monday this week I became a Cub owner again. It was listed for sale a year ago but I had a broken leg at the beginning of Fall and other things to think about. I contacted the owner over the winter and could tell it was well cared for. I saw it at the beginning of April and brought it home the first nice day after seeing it.
It's serial number says it's a 1959. It's sporting the original paint, original front tires and has never been left outside. The original owner lived next to the last owner and sold it to him in 1974. Some of the items, like the PTO belt pulley and swivel draw bar were never used. The overall condition was amazing to me. I plan to use it and keep it as nice as I can while using it. It came with the 90 degree pulley, swivel draw bar, grader blade, cultivators, tire chains, sickle mower and a land plow. I'd like to find a small disc harrow to go with it.

It seems to only show honest wear. I'm very happy to have found what I think is a very nice one.

I had also planned on purchasing one from a member here, but saw the ad too late and was second in line. Oh well. 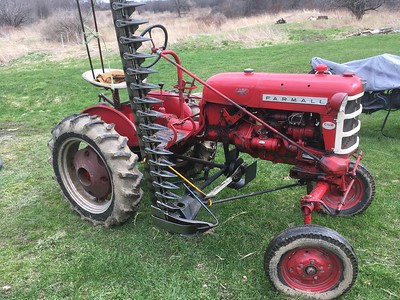 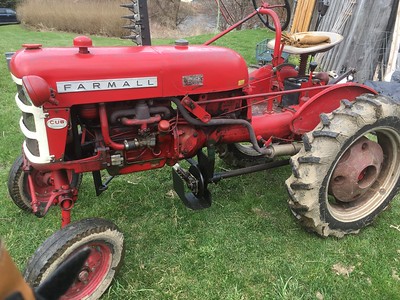 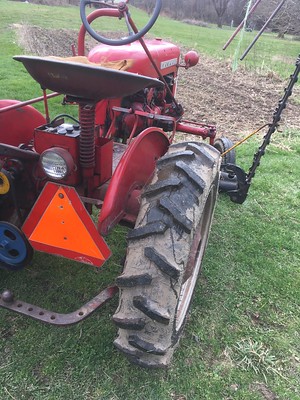 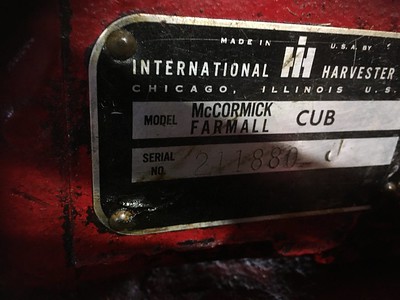 What is the significance of the Rockford clutch?
Top

daytime dave wrote:What is the significance of the Rockford clutch?

Most Cubs had the Rockford clutch. The Auburn clutch was also used on some, but is less common. Both work equally well.
"We don't need to think more,
we need to think differently."
-Albert Einstein
Top