Forum rules
Notice: For sale and wanted posts are not allowed in this forum. Please use our free classifieds or one of our site sponsors for your tractor and parts needs.
7 posts • Page 1 of 1

I just picked up a 54A blade, and noticed the frame seems to be bent. The odd part is that it seems evenly bent on each side.

I have a 54 parts blade I can swap parts with, I just wanted to verify that this is not correct. 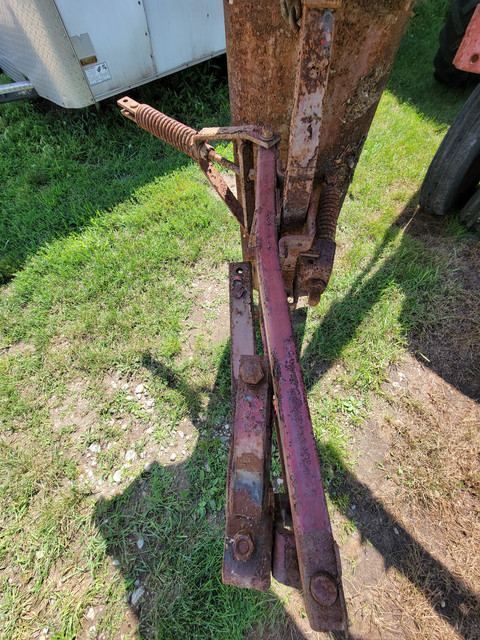 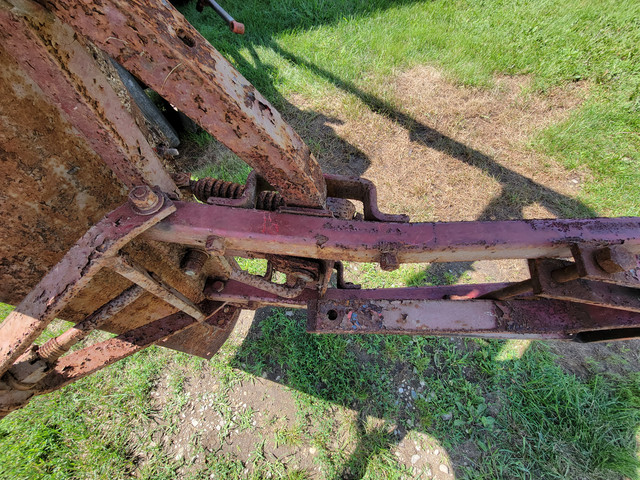 Major bent. Probably could be straightened in a press though.
Top

I’d guess someone hit something pretty hard with that one. It could be straightened but if you have a parts blade, swapping the frame isn’t too hard.
Top

Thanks guys. I figured it wasn't supposed to have the bend, but just thought it was really weird that both sides bent so evenly. My guess was that the 54 was the same, but wasn't 100% positive, as I've not owned a 54A.

I'll probably just end up swapping frames, since I would have to take it apart to get it in the press anyways.
Top

I got a grader blade for a A that was bent. I have an welding / blacksmith shop nearby. They got it straight in less time and money it would have taken me.
When you only have 9 horsepower you need to know the names of all of the ponies!
Top

Ya,---- somebody got REALLY careless with that one! --- would hate to see the cub it came off of! --- WOW what some people do to these poor old cubs!

Gary Dotson wrote:I’d guess someone hit something pretty hard with that one. It could be straightened but if you have a parts blade, swapping the frame isn’t too hard.

Not so much one big hit but a bunch of little ones. It’s like driving a nail with a hundred little taps. The Cub frames aren’t usually bent like that but nearly all the Super A A60 blades you’ll find will be bent into some small amount of an an arch. If they aren’t bent they either weren’t used or a piece of angle iron was welded along its edge to provide a backbone. I don’t think think the Cub has the power the SA has to bend equipment has.
In fact I plowed with mine this past winter and though I thought I was taking it easy I had to replace the lower hanger bolts with grade 8 because the grade 5’s I had used took a bend!
If you don’t own a hydraulic press this is your excuse to go buy one. It’ll repair this really easily and you will use it again.

It was recommended to me to go with the 20 ton press because it’s wider and obviously stronger.
Got mine on sale at Harbor Freight.
Quote by Gary Pickeral I like
"If it can cast a shadow, it can be restored"
Top
7 posts • Page 1 of 1

Users browsing this forum: No registered users and 6 guests