Forum rules
Notice: For sale and wanted posts are not allowed in this forum. Please use our free classifieds or one of our site sponsors for your tractor and parts needs.
4 posts • Page 1 of 1

I posted with this issue on 11-19-19. The transmission was stuck in gear. The general consensus was absolutely correct. There was water in the transmission and the water had frozen. I removed the drain plug and the fill plug, as well as the shifter and it's cover. I aimed a heat gun in the filler hole for about an hour, until the area around the drain plug became slightly warm to the touch. A lot of water - formerly ice - drained out. I then filled the transmission with kerosene, rode around, drained and filled with the appropriate amount of gear oil. It then worked perfectly.

Fast forward to today. I cleared about 75% of the snow from my driveway with the Cub and loader. I was turning around in the street and something very similar happened. Every gear became reverse - even neutral - regardless of the gearshift position. My 11 year old son originally agreed to help me get the tractor out of the street, then had second thoughts. My wife sat in the tractor with her foot on the clutch while I dragged it with my truck back into the upward sloped driveway. It wasn't easy, as the tractor was stuck in gear, but the 1/2 ton truck in 4 low did a better job than I thought it would.

I'm assuming this is ice in the transmission again. I'll need to wait for a warmer day to further assess it. Back in November, the gasket under the gearshift cover looked good, so I reused it. I put the fill, drain, and level plugs in with plenty of thread sealant (rated for oil). I just can't imagine how water (if this is the case) got in so quickly. Can I put some gasoline antifreeze in with the transmission oil? I'll either get a new gasket for the gearshift cover or use a ton or so of gasket sealant.

Of course, I'm assuming this is ice in the transmission. If it's not, I've got much bigger problems. Here's a photo of the cub after being dragged up the driveway It looks ashamed, as it should. 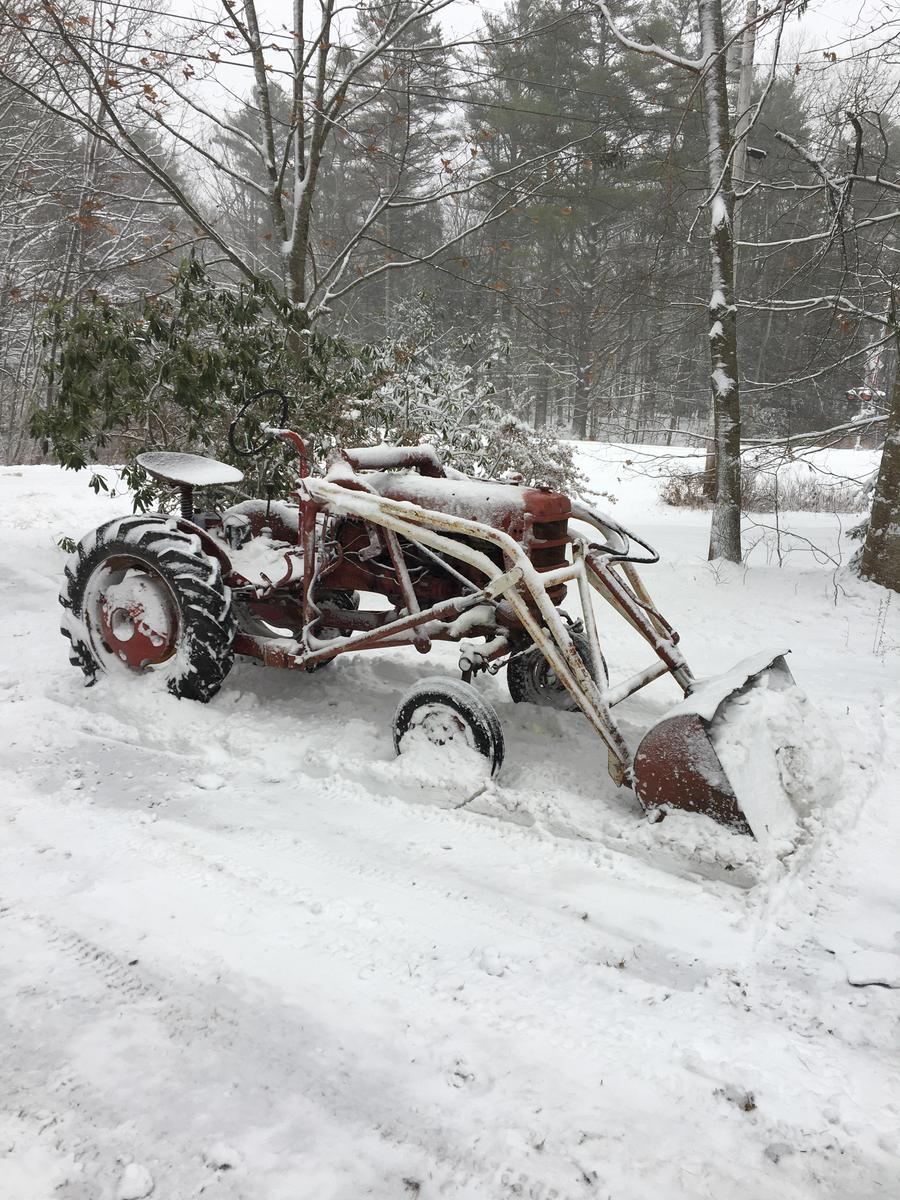 Don't blame the mule for how you care for it's feet...

Ice=resistance, resistance=things out of spec. eventually.
Check your shifter and what it moves for damage/misalignment. There are parts that can be adjusted ,by you, by wear ,or by more resistance than they were designed for.

Plenty of ways for water to get in your tranny.

For now , put a five gallon pail over your shifter. Keep stuff from tracking down it. Double check for neutral position as always before cranking engine.
A tarp is not a crime. Weight it with bungee corded milk jugs of water/ice to keep tension on it and reduce shock in winds.
Top

I don't think your problem is ice this time. More likely a bent or broken shifter fork or closely related part. Take a look at this thread. Then take the top cover off your transmission and see what things look like. While you are in there, you can shift it back into neutral before putting the cover back on.
viewtopic.php?f=1&t=104324
Top

I agree with the other posters. Probably not ice this time, but sloppy shifter forks. This is actually a very easy fix that only requires pulling the trans cover. The forks can be replaced, if necessary, from the top side without further disassembly of the tractor. You may also find that they only need a little tweak with a pair of vise grips.
Jim