You know, deer are always getting a bad rap for corp damage and I admit that they do their fair share, but not all crop damage is deer related. In the fall, around October, you can walk around the edge of the woods in a corn field and it looks like a truck drove around the edge of the field knocking down all the corn. Often times the corn will be knocked down for nearly 30 feet out from the edge of the woods along it whole perimeter. Everybody says "man, those deer really destroyed this corn" when in fact I think most of it is knocked down by Raccoons. I have voiced my opinion for years to farmers saying that I don't think the deer are the ones knocking down all the corn. However, the only evidence that I've ever had is all the times that I have spent hunting in close proximity to corn fields, and I've never seen a deer knock down any corn.
During the last couple of weeks, we've seen a group of deer walking across the field behind our house in the evening. The only place I thought they might be headed is a small stand of corn that was not picked this year. The snow has been to deep to go check it out but the last few days have been really warm and the snow is mostly gone now. I hopped on the quad and headed out to take a look and see if I was correct in my assumption.
The small stand of corn is exactly where the deer had been headed and the corn was stripped clean. However none of the corn was knocked down. They had eaten the corn off the cob while it was hanging on the stalk. 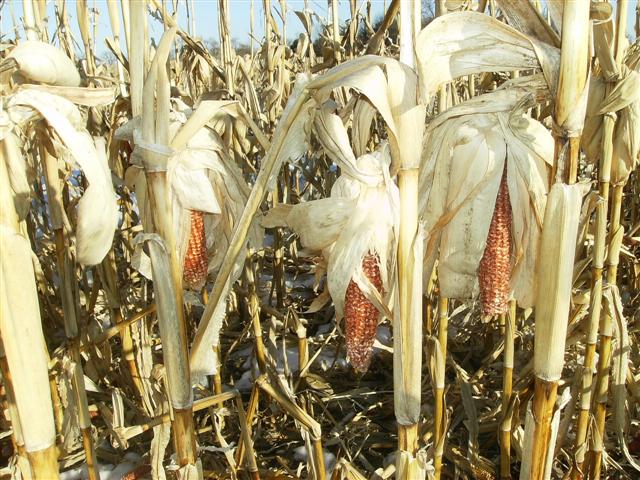 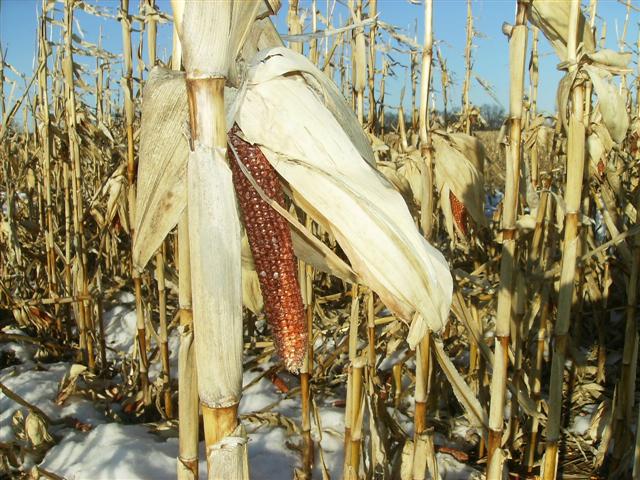 Yes a group of Racoons can destroy a corn crop. One of the biggest problems that we have in this area with crop damage is black bears. If they find a corn field in the fall they will destroy it in short order. They break the stalks down, pile every thing up in a pile and sit down and eat.

You know, deer are always getting a bad rap...

Around these parts, deers deserve a bad rap!
Deer-car collisions- had a two of em
Deer ticks- can't even run my dogs in my woods because of them
Vegetation damage- the dam things ate and probably ended up killing my $200+ investment in evergreens this Winter i planted last Spring

I for one am for open deer season all year round at least until their numbers are tolerable!
Don't let the sound of your own wheels drive you crazy
Lighten up while you still can don't even try to understand
Just find a place to make your stand and take it easy - The Eagles
Top
3 posts • Page 1 of 1

Return to “Farm Life and Better Half Forum”